Screenshots of the 5GCity Dashboard 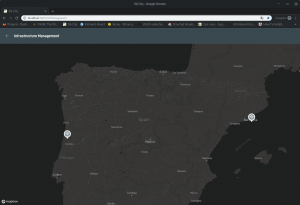 Different resources are represented by different icons allowing the user to quickly grasp the resource deployments available under a certain area. In the figure below we can see a city deployment with two compute resources, a RAN Controller and an access network resource.

Network access resources such as Wi-Fi or small cells are managed by a RAN Controller. To allow the user to quickly identify which RAN Controller is responsible for managing the access network resources, 5GCity dashboard links these elements as it can be seen in the previous figure. From 5GCity dashboard authorised users (Infrastructure Owners) are able to manage all these resources; therefore being able to view/add/edit/remove computes, add/edit/remove RAN Controllers as well as configure network elements (Wi-Fi or Small Cells) currently onboarded on 5GCity.

In the image below, we can see an example focusing on compute edition, where the user selects to add a new compute visualizing the following screen: 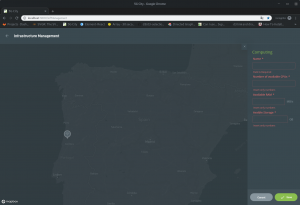 Through this interface, the user can add one compute resource providing a name as well as its hardware specifications. In the two figures that follow, we can see represented a RAN Controller as well as a Small Cell network element.

Users with access to infrastructure owner or slice requester role can list, create, edit, and delete slices directly in the 5GCity platform. It should be noted that while infrastructure owners are able to list and manage all slices created in the context of 5GCity, users with slice requester role are only able to list or manage slices created in the context of the tenant that they belong to. In the figure that follows, it is represented the slice list visualization page. 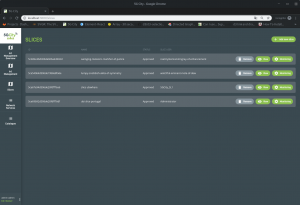 To create or edit a slice, users have to (usare must) select the resources by location that they intend to add to the targeted slice. By clicking in a location, users are able to (usare can) add, edit or remove resources. By each one of the resource types users can add to a slice, a set of parameters is mandatory to configure as represented below: 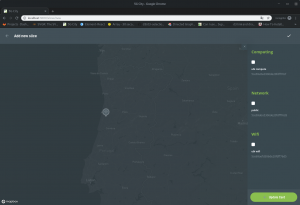 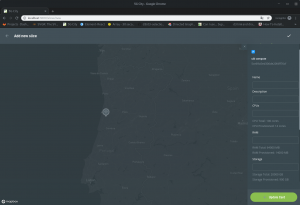 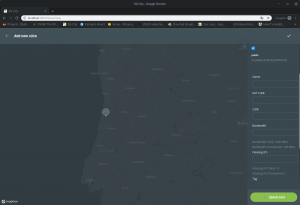 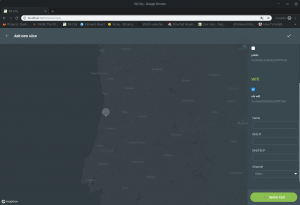 In order to allow users to quickly visualize in which location a slice has resources configured, 5GCity platform marks with a different colour the locations that have at least one resource configured in the context of the current slice. 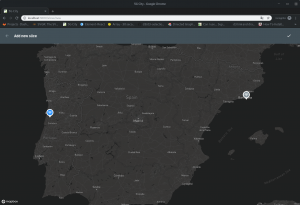 User roles Infrastructure owner and slice requester besides being able to manage slices, are also able to manage services currently running in the context of each slice (based on the permissions they have in each slice). When instantiating a service, users are required to define in which slice the service is to be instantiated. 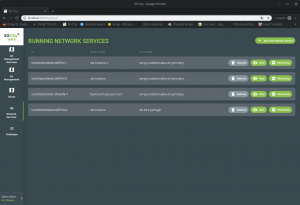 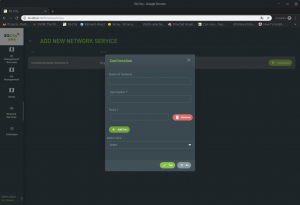 Screenshots and business logic of the SDK

The 5GCity SDK is integrated with the 5GCity AAA in order to:

The 5GCity SDK has on top the GUI, as part of the 5GCity Dashboard. The SDK User will be able through GUI to run all the operations described in SDK section.

The creation of a new SDK Service from the GUI is done by the user by dragging and dropping SDK functions and SDK services:

The SDK Components are then interconnected among them with links:

Before publishing in the service to the catalogue, a validation routine is performed and in case of a missing or invalid input the user is informed and required to act before being able to proceed: 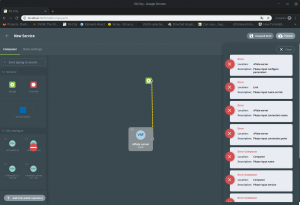 Function creation and edition is also supported by the graphical user interface as exemplified below:

Through this interface, the user can list both services and functions which he has access to as exemplified in the figure below:

Focusing on the multi-tenancy feature added to the SDK API, the graphical user interface also accommodates this feature in the form of organizations. In the figures below, are represented the main screens associated with this feature: