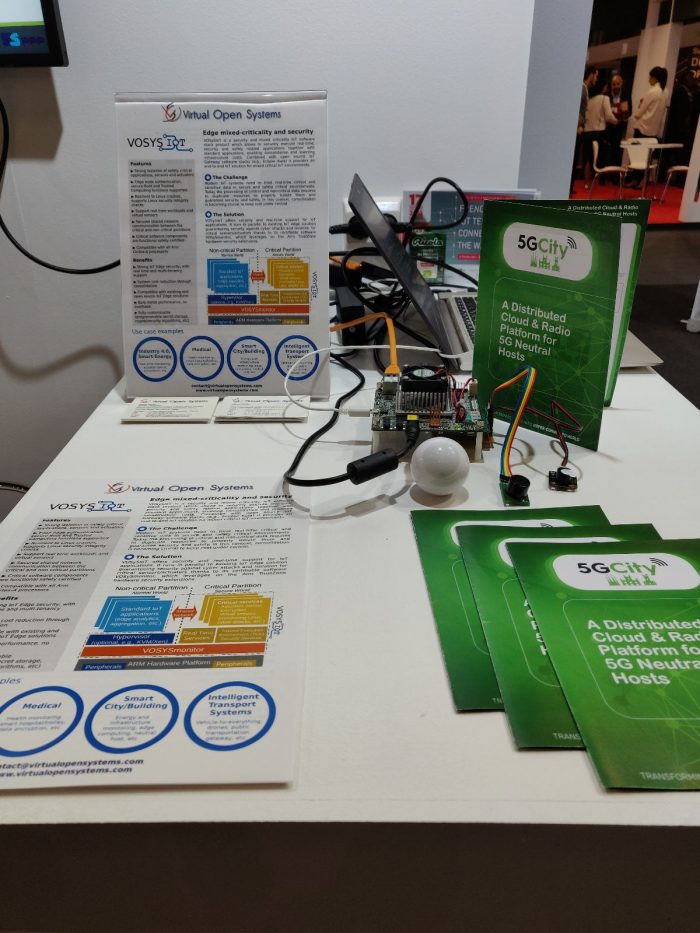 VOSyS participated with a booth where it demonstrated the 5GCity edge computing security and mixed criticality enhancements integrated into VOSySIoT, the company IoT security and safety software stack.

The set-up included an IoT gateway secured and consolidated by the VOSyS developments part of the 5GCity Edge NFVI. Multiple sensors with different levels of criticality were connected to the same IoT gateway demonstrating the HW consolidation and the workloads isolation at the same time.

The sensors’ data was sent to the cloud and displayed in real-time. 5GCity flyers were helping to disseminate the project’s concept to the more than 50 visitors with a different background (industry, universities, research institutes and entrepreneurs) who showed interest in the demonstration.