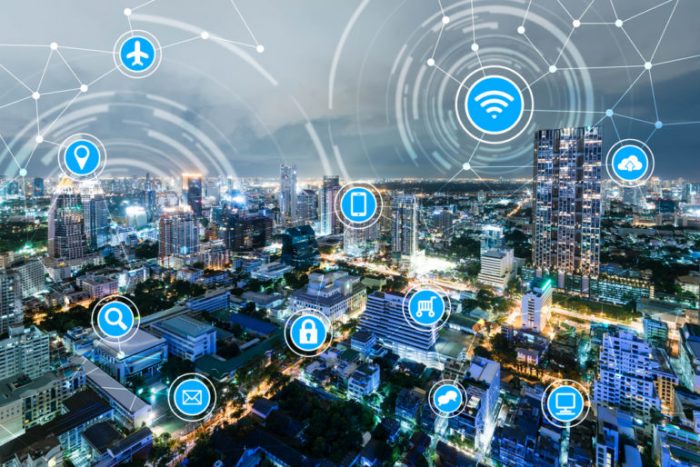 GSA has identified 154 mobile operators that are testing or trialling, or received licenses to conduct, field trials of 5G technologies.

They are exploring key 5G technologies including new radio (NR) operating in spectrum bands; technologies such as massive MIMO, or beam-forming; and backhaul, cloud- and edge-computing arrangements to support very low latencies.

Optus announced its plans to start rolling out a fixed wireless 5G network in early 2019.

Telstra plans to deploy its 5G network in three phases with full deployment expected in 2020.

The company plans to deploy and launch 5G services once the spectrum is made available.

China Mobile started deployments in Hangzhou and Shanghai. It plans launch in 2019.

T-Hrvatski Telekom plans to launch 5G in Croatia in 2020.

Vodafone plans to deploy 5G in the first quarter of 2019.

TeliaEesti plans to launch 5G in 2018 in Estonia.

TeliaSonera plans to launch 5G in 2018 in Finland.

DNA plans to launch 5G in 2019 in Finland. The operator plans a 5G network demo with expected speeds of more than 1 Gbps in the summer of 2018.

Orange France plans to deploy 5G by 2020 in France.

SFR’s 5G deployment is planned in 2019 with commercial launch in 2020 in France.

Deutsche Telekom announced in May 2018 that it had deployed six 5G antennas in Berlin. It intends to deploy 70 more at 20 sites during summer 2018 in preparation for its full 5G deployment, expected for 2020.

Telefonica and Nokia are planning 5G trials in Munich and Berlin. Deployment is due for 2021.

China Mobile Hong Kong has received permission to test 5G. The operator plans tests in the second half of 2018. 5G launch is expected in 2020.

Vodafone Ireland is expected to introduce 5G in 2020.

TIM plans to establish 75 percent 5G coverage in its 5G testing area in Matera and Bari by the end of 2018 and a full coverage by 2020.

NTT Docomo plans to roll out 5G network across Tokyo for the 2020 Olympic Games. Docomo is deploying NSA 5G, with plans to later launch 5G SA.

Softbank/Ymobile plans to deploy 5G by 2020.

Viva Kuwait demonstrated its 5G readiness at its HQ. Once regulatory approval is received the company says it will launch for customers.

Vodafone plans to start switching users to 5G in New Zealand by 2021.

Orange Polska plans to start testing of 5G in 2019 and plans implementation in 2020-21 in Poland.

Vodafone Qatar plans to introduce 5G at the end of 2018.

MTS has signed an agreement with Ericsson to upgrade the operator’s network to 5G. 5G launch is expected in 2020.

Rostelecom plans to deploy a commercial 5G network in 2019 in Russia.

TIM plans to progressively deploy new technologies in San Marino (starting in 2018) with a view to making San Marino one of the first countries in the world with a 5G service.

Orange Slovensko announced plans to launch 5G between 2020 and 2022.

Comsol plans to launch trials of FWA 5G in South Africa with aims to launch services in 2019.

SK Telecom plans to launch 5G in the first half of 2019 in South Korea.

LG Uplus is expected to launch its 5G network in early 2019 in South Korea.

Telefonica plans to launch 5G in 2021 in Spain.

Masmovil is deploying 5G-ready equipment to upgrade its network in Spain.

TeliaSonera plans to launch 5G in Sweden by the end of 2018.

Tele2 Sweden signed an agreement to jointly develop its 5G network with Telenor in Sweden. 5G launch is expected in 2020.

Swisscom will launch its 5G commercial network in Switzerland in the end of 2018.

Sunrise announced that its first 5G antenna was operational in Switzerland. Full 5G service is expected in 2020.

Salt Switzerland will launch 5G in 2020.

Chunghwa announced plans to build a pre-commercial 5G network in part of Taipei to serve as a testbed for future projects, with a target launch date of 2020.

The operator is preparing for 5G launch in Taiwan in 2020.

TrueMove plans to launch 5G in Thailand in 2020.

Three signed an agreement with SSE Enterprise Telecoms to bring 20 core datacentres onnet as it prepares to start rolling out 5G in UK.

AT&T announced that it expects to introduce mobile 5G service in a dozen cities including Dallas, Atlanta and Waco by late 2018.

T-Mobile’s 5G deployment is expected to start in 2019 with nationwide coverage in 2020. Following its anticipated merger with Sprint, the combined businesses are expected to build a 5G network reaching 90 percent of the US population by 2024.

DISH plans to launch a 5G service in the future, but is not expected to be able to use its spectrum in the 600 MHz band until it is freed up by boradcasters – not anticipated much before 2020.