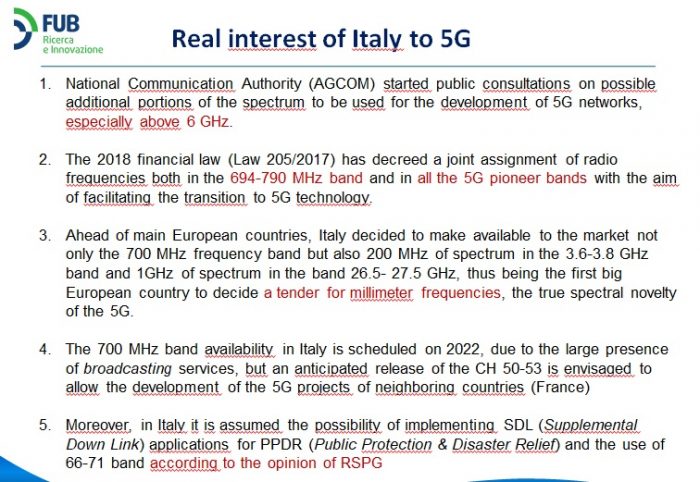 Italy will be holding a 5G spectrum auction in September as part of an initiative meant to prepare the Mediterranean country for the next wireless revolution, communications regulator AGCOM said earlier this week.

The auction is expected to see Italy raise at least €2.5 billion ($2.9 billion), with AGCOM already defining basic bidding rules, though the event has yet to see a firm date attached to it. Rome’s agency will be organizing the auction by itself, with the move marking the confirmation of the first 5G spectrum auction in all of Europe.

Germany is expected to follow Italy’s lead and hold its first auction in early 2019, whereas its final conditions will be publicized by the end of the year.

Vodafone Italia, Telecom Italia, Fastweb, and  Wind-Tre are all expected to participate in the auction, with TIM likely being the most active bidder. The move should also pay the way for a new category of wireless companies focused solely on operating infrastructure, according to AGCOM.

Fiber optics are planned as a crucial component of the 5G equation, allowing significantly faster speeds than traditional networks of copper wires. Open Fiber and TIM are presently competing on the fiber optic front in Italy, with both expecting to see significant returns on their investment.