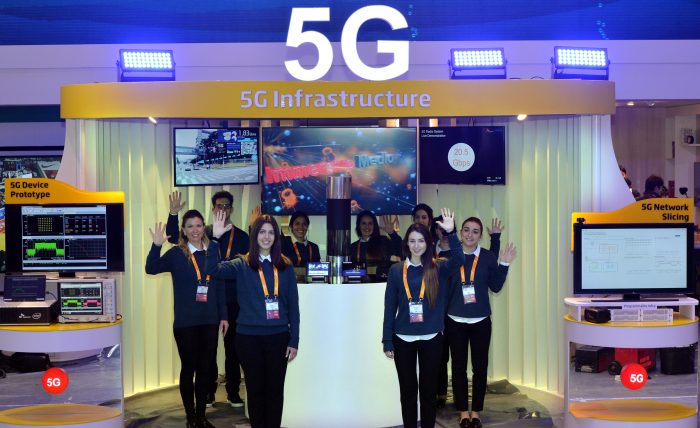 South Korea on Thursday set the opening price of the auction for high-end fifth-generation network frequencies at 3.3 trillion won (US$3.1 billion).

The Ministry of Science and ICT announced the decision during a public hearing ahead of the auction, which will be completed in June, with the participation of the country’s mobile carriers — SK Telecom Co., KT Corp., LG Uplus Inc.

The firms will compete for 28 blocks in the 3.5Ghz spectrum and 24 blocks in the 28Ghz spectrum, with the period of use starting in December for 10 years and five years, respectively, the ICT ministry said.

The government said it has set the minimum bidding price for the 3.5Ghz blocks at 2.65 trillion won and for the 28Ghz blocks at 621.6 billion after taking into consideration the last spectrum auction for the 4G, or long-term evolution, network.