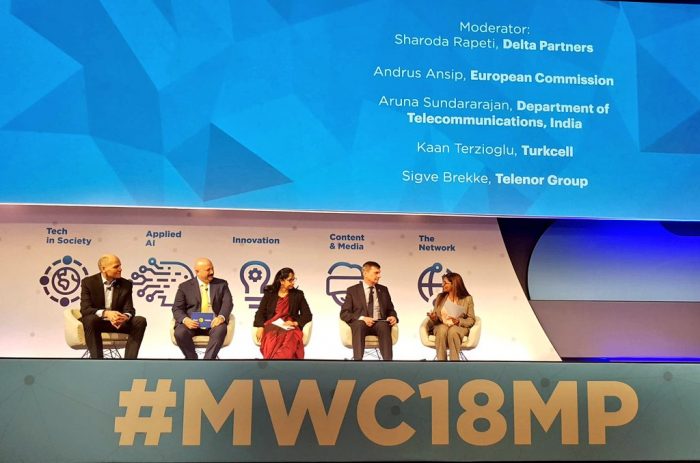 The European Commission called on member states of the European Union on Wednesday to move fast and consolidate the latest 5G generation of cellphone network to avoid being left behind by global competition elsewhere.

Speaking in in Barcelona’s Mobile World Congress, Vice President and Commissioner for the Digital Single Market, Andrus Ansip told EFE that one of the EC’s objectives was to achieve 5G connectivity in all urban areas and main logistic routes by 2025.

“If 5G networks are not available in the near future, it will be very difficult to innovate” the Estonian politician stressed, adding “it would affect our industries such as the mobile apps sector with a 17 billion euros annual turnover,” which in 2018 he said will employ an estimated 4.8 million people.

Ansip was to attend the Keynote “Building the 5G economy” roundtable and spoke to EFE saying that “this is a global competition and we need to be in the lead, among those really able to innovate.”

He stressed that is was important for the EU to avoid being left behind as “a mere sub-contractor.”

Commissioner Ansip warned if the EU is unable to be among the first global region’s to deploy 5G “we would lose competitiveness” meaning a loss of jobs and “leaving us dreaming of higher paid salaries.”

Ansip insisted the competition to deploy 5G will not be easy and the reason we are in a hurry is that for each euro the EU invests, the United States invests double.

He also said that China will foreseeably rank among the leaders as in 2019, Beijing has scheduled large-scale G5 tests.

According to Ansip, the EU must by 2020 be capable of providing 5G commercial services, at least in one main city in each of the EU member states.

In order to achieve this challenge, the EC vice-president pointed out it would require “at least 500 billion euros in investments” and therefore an EU legislation upgrade is needed as current EU law caps investments exceeding 155 Billion euros.

Therefore the EC is currently negotiating with the European Parliament and the European Council “a new European electronic communications legislation” enabling Europe to position itself in the global 5G development lead,” Ansip added.

Within the framework of this new legislation, the EC would seek a tighter coordination between countries regarding the “spectrum assignment timeframe” in order “to harmonize (Europe’s) radio-electrical spectrum” and specify a deadline to assign earmarked 5G frequencies.

“In countries where these last generation standards become available, economies will grow and increase government revenue. That is why we must deploy G5 across the continent as soon as possible,” Ansip said.