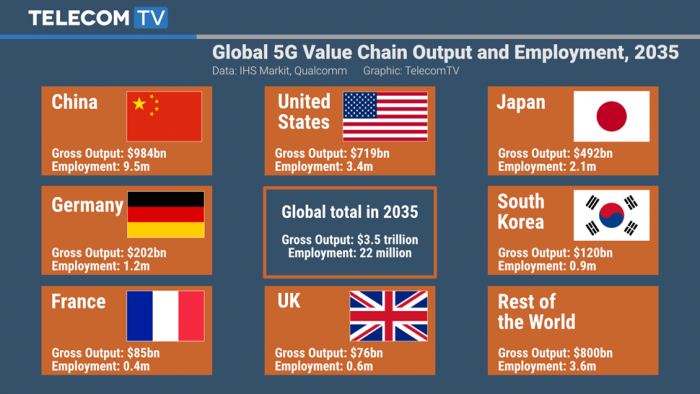 The global smartphone installed base will grow from four billion in 2016 to more than six billion smartphones in use by 2020, according to new analysis released today by IHS Markit (Nasdaq: INFO), a world leader in critical information, analytics and solutions. Messaging and communications apps such as Line and Whatsapp will grow from five billion users in 2016 to 7.5 billion by 2020.

“Smart mobile devices will rapidly become universally adopted throughout the world, enabling innovative smart services, which will transform emerging economies,” Fogg said. “Mobile devices and services are now the hub for people’s entertainment and business lives, as well as for communication. The smartphone has replaced the PC as the most important smart connected device.”

Global consumer spending on mobile apps is set to reach $74 billion by 2020 up from $54 billion in 2016. Africa, the Middle East and Latin America will be the fastest-growing regions for mobile app spend. Africa and the Middle East will grow at an average rate of 18 percent each year to 2020.

“Latin America will see an average growth rate of 23 percent compared with the global 8 percent average annual rate,” said Jack Kent, director at IHS Technology. “Africa, the Middle East and Latin America will be the fastest- growing regions in the next four years. There are many opportunities for new apps, mobile payments and mobile money services. Asia, notably, will continue to play the number one role in the global apps market – accounting for more than 50 percent of consumers’ spending. ”

There were more than 120 million active mobile money accounts in emerging markets in 2016, according to the IHS Technology analysis. The number of addressable smartphones for device based payment services will increase from 2.7 billion in 2016 to more than five billion by 2020.

“Mobile payments and commerce are central to mobile innovation and will be critical for future growth,” Kent said. “Mobile money services have been a vital tool for financial inclusion in emerging markets, but elsewhere, mobile money services are looking to complement or disrupt traditional payments and financial services through the launch of app-only banking services, device-based payments from services such as Apple Pay, Android Pay and Samsung Pay, and payment integration via social media and messaging apps.”

“In 2017, leading technology players will focus on the integration of payments and commerce as part of their wider mobile platforms and technology ecosystems,” Kent said. “This integration across their range of devices, apps, content and services will be crucial if they want to tap into the next waves of growth.”

Over The Top messaging and communications apps such as Line and WhatsApp boasted an aggregate audience of more than five billion active user accounts at the end of 2016. This will grow to almost 7.5 billion by 2020. Africa and the Middle East will be the fastest-growing region at an average rate of 10 percent to 2020, ahead of the global average 8 percent rate.