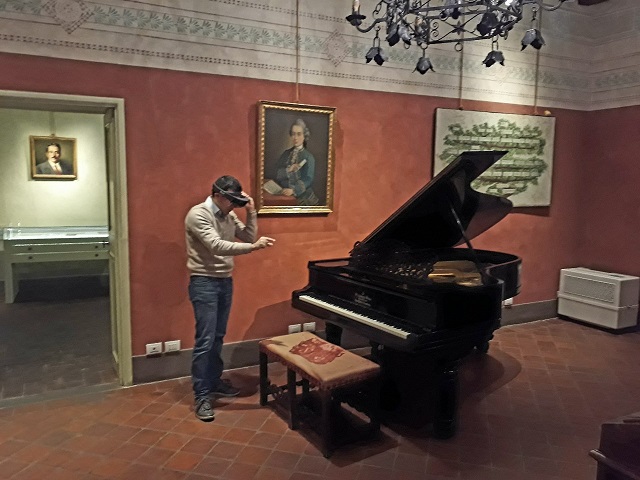 The future chooses Lucca and the city together with Barcelona and Bristol becomes the ideal place to experiment and develop new 5G capabilities, the evolution of the network that from 2020 will be adopted by all European mobile operators.

The new technology will have a huge data capacity and speed, so as to be able to develop a number of services that until today could only be imagined: from downloading a movie in a few seconds, to advanced services of home automation, augmented reality , but also immediacy in the acquisition of so-called “big data”, that is to trace in real time millions of data capillarmente from the same mobile devices, such as the flow and outflow traffic and pedestrian traffic, environmental data useful for the public administration for control security, but above all to make the services offered efficient and targeted.

“Lucca together with Barcelona and Bristol becomes an urban model to develop the technology of the future – says mayor Alessandro Tambellini -. With the 5G we will be able to experiment and promote the city with the techniques of augmented reality and provide new services that are more useful and increasingly directed towards citizens-users “. Lucca has been chosen as the ideal European city, capable of well represented the approximately 1400 cities of the European Union that count between 40 thousand and 200 thousand inhabitants, precisely for the medieval old town, for the needs of urban decoration and respect for architectural and environmental constraints, for the existence of events that attract tens of thousands of people at certain times of the year; therefore similar problems and possible solutions to be applied throughout the continent.

The 5G network will not only mean more bandwidth and more power, the real revolution will be linked to the diffused transmission system which, from an environmental sustainability point of view, will abandon the method of a few very powerful antennas to adopt a diffused transmission low intensity, supported by optical fiber. In this way the emissions will be considerably below the legal limits by solving the problems of electromagnetic pollution, but there will also be fewer wiring works, less aesthetic impact and lower electricity consumption. The 5GCity European project involves Lucca, Barcelona and Bristol, was funded last June with 7,734,450 euros disbursed through the Horizon 2020 financial program and will be implemented by a partnership of leading companies including Italtel, H3G, NEC, Rai.

Some very broad bandwidth services will be developed on a stretch of municipal optical fiber and on the 5G network, innovative environmental monitoring systems will be tested and multimedia content will be created. High-definition movies that are shot today in Lucca by the technical team of the Research and Technological Innovation Center (CRIT) RAI of Turin at the Torre Guinigi and the Casa Museo Puccini will be used for the production of futuristic video products of augmented reality that will be widespread among all European industry operators to illustrate the possibilities of the new technology.

A further contribution to the promotion of the city in the world linked to a strategic sector for the future.